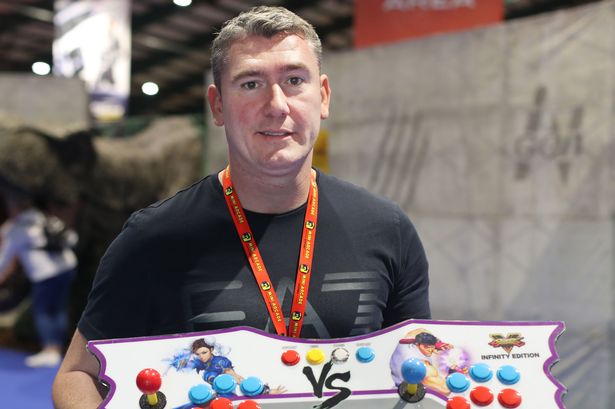 A single parent who built a retro arcade machine to try and connect with his teenage son has turned his idea into a business.

Aidan Deering said he was losing his then 13-year-old son to digital devices as he spent hours playing on his mobile phone and home game consoles.

After struggling to build a relationship with Sean, the Dublin father came up with the idea to build a two-player traditional arcade machine.

He said: “I was a single parent and I was trying to connect with Sean, who was at the stage where he wanted to be with his friends and play his own games.

Handheld arcade with a built in android system wit

The highest quality arcade machines in Ireland. Up to 4000 nostalgia retro games to choose from. Relive playing some of your favourites, such as Space Invaders, Street Fighter, Pac-Man and more!